CAS No.: 7757-82-6
Sodium Sulphate is the sodium salt of sulfuric acid. When anhydrous, it is a white crystalline solid of formula Na2SO4 known as the mineral thenardite; the decahydrateNa2SO4·10H2O has been known as Glauber's salt or, historically, sal mirabilis since the 17th century. Another solid is the heptahydrate, which transforms to mirabilite when cooled. With an annual production of 6 million tonnes, Sodium Sulphate is a major commodity chemical product. 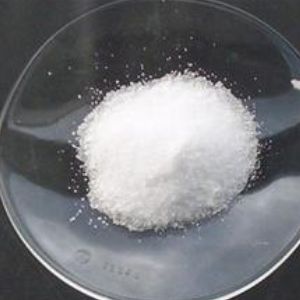 CAS No.: 127-09-3
Sodium Acetate is used in the textile industry to neutralize sulfuric acid waste streams, and as a photoresist while using aniline dyes. It is also a pickling agent in chrome tanning, and it helps to retard vulcanization of chloroprene in synthetic rubber production. In processing cotton for disposable cotton pads, sodium acetate is used to eliminate the buildup of static electricity. CAS No.: 497-19-8
Soda Ash / Sodium Carbonate that is also known as sodium carbonate and has the chemical formula Na2Co3. The common occurrence of soda ash is in the form of a crystalline heptahydrate and as a white powder, which has a cooling taste. These are soluble in water but not soluble in alcohol and ether. Further, it can be used to produce other chemicals, detergents as well as photography and pharmaceutics. Some of the technical specifications of our range of Soda Ash are as follows: 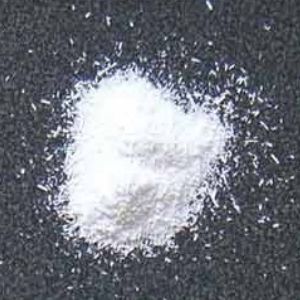 CAS No.: 144-55-8
We offer Soda Bicarbonate. Common name of this chemical is baking soda which is used for various purposes. It works as an intermediate in production of synthetic soda ash. 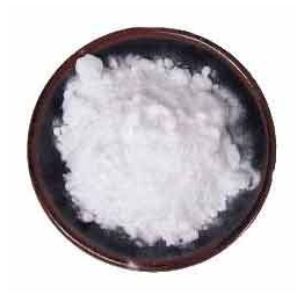 CAS No.: 10034-88-5
Sodium Bi Sulphite (Sodium Hydrogen Sulfite) is a chemical compound with the chemical formula NaHSO3. Sodium bisulfite is a food additive with E number E222. This salt ofbisulfite can be prepared by bubbling sulfur dioxide in a solution of sodium carbonate in water. Sodium bisulfite in contact with chlorine bleach (aqueous solution of sodium hypochlorite) will release harmful fumes. CAS No.: 144-55-8
Sodium Bicarbonate / Soda Bicarb, referred to as "baking soda" is primarily used in cooking (baking), as a leavening agent. It reacts with acidic components in batters, releasing carbon dioxide, which causes expansion of the batter and forms the characteristic texture and grain in pancakes, cakes, quick breads, soda bread, and other baked and fried foods. Acidic compounds that induce this reaction includephosphates, cream of tartar, lemon juice, yogurt, buttermilk, cocoa, vinegar, etc. CAS No.: 7647-14-5
Sodium Chloride / Salt, also known as common salt is an ionic compound with the formula NaCl, representing equal proportions of sodium and chloride. Sodium chloride is the salt most responsible for the salinity of the ocean and of the extracellular fluid of many multicellular organisms. As the major ingredient in edible salt, it is commonly used as a condiment and food preservative. CAS No.: 9004-32-4
We are leading manufacturers and suppliers of Carboxy methylcellulose Sodium (CMC Sodium). CAS No.: 7789-12-0
Sodium Dichromate is the chemical compound with the formula Na2Cr2O7. Usually, however, the salt is handled as its dihydrate Na2Cr2O7·2H2O. Virtually all chromium ore is processed via conversion to sodium dichromate. In this way, many millions of kilograms of sodium dichromate are produced annually. In terms of reactivity and appearance, sodium dichromate and potassium dichromate are very similar. The sodium salt is, however, around twenty times more soluble in water than the potassium salt (49 g/L at 0 °C) and itsequivalent weight is also lower, which is often desirable. 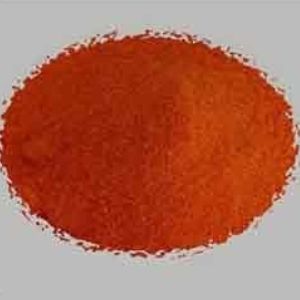 CAS No.: 141-53-7
Sodium Formate is used in several fabric dyeing and printing processes. It is also used as a buffering agent for strong mineral acids to increase their pH, and as a food additive (E237). 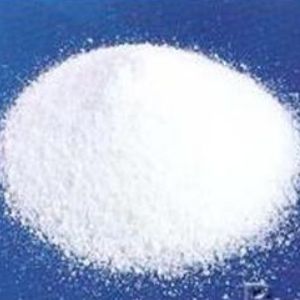 CAS No.: 16721-80-5
This compound is a water-soluble salt, and can be used as a reducing agent in aqueoussolutions. It is used as such in some industrial dyeing processes, where an otherwise water-insoluble dye can be reduced into a water-soluble alkali metal salt. The reduction properties of sodium dithionite also eliminate excess dye, residual oxide, and unintended pigments, thereby improving overall color quality. Reaction with formaldehyde produces Rongalite, which is used as a bleach, in, for instance, paper pulp, cotton, wool, Leather, Chrome Tanning agent and kaolin clay. CAS No.: 151-21-3
Sodium Dodecyl Sulfate (SDS or NaDS), Sodium Lauryl Sulphate orSodium Lauryl Sulfate (SLS) is an organic compound with the formula CH3(CH2)11OSO3Na. It is an anionic surfactant used in many cleaning and hygiene products. The salt is of an organosulfate consisting of a 12-carbon tail attached to a sulfate group, giving the material the amphiphilic properties required of a detergent. Being derived from inexpensive coconut and palm oils, it is a common component of many domestic cleaning products. 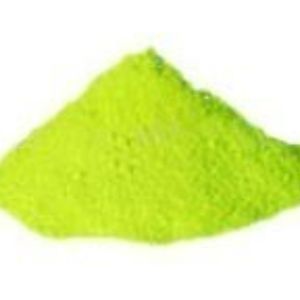 CAS No.: 8061-51-6
Sodium Lignosulfonate (lignosulfonic acid, sodium salt) is used in the food industry as a de-foaming agent for paper production and in adhesives for items that come in contact with food. It has antimicrobial and preservative properties, and is used as an ingredient in animal feeds. It is also used for construction, ceramics, mineral powder, chemical industry, textile industry (leather), metallurgical industry, petroleum industry, fire-retardantmaterials, rubber vulcanization, organic polymerization. CAS No.: 6834-92-0
Made available by us is a quality assured range of Sodium Metasilicate for the customers. All our products are procured from reliable vendors who follow international quality norms to prepare their offerings. These are widely used in metal & automotive repairing, home brewing, car engine disablement, drilling fluids and as food preservatives. Further, the balanced composition and purity of these sodium metasilicate make our offered products widely applauded by the patrons. 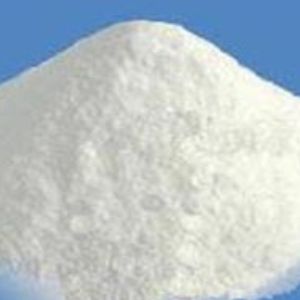 CAS No.: 124-41-4
Sodium Methoxide is a a chemical compound, with formula CH3ONa. This colorless solid, which is formed by the deprotonation of methanol, is a widely used reagent in industry and the laboratory. It is also a dangerously caustic base. 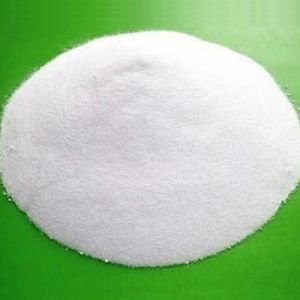 CAS No.: 82998-40-1
Sodium Nitrate-lr / ar / acs, which have various salient features such as accurate composition as well as purity. These products are available in crystal form and having white or pale yellow color. Our products are used as fertilizers in different industries and These products are famous for their non-toxic nature. CAS No.: 7632-00-0
The main use of Sodium Nitrite is for the industrial production of organonitrogen compounds. It is a reagent for conversion of amines into diazo compounds, which are key precursors to many dyes, such as diazo dyes. Nitroso compounds are produced from nitrites. These are used in the rubber industry.

Other applications include uses in photography. It may also be used as an electrolyte inelectrochemical grinding manufacturing processes, typically diluted to about 10% concentration in water. It is used in a variety of metallurgical applications, for phosphatizing and detinning. 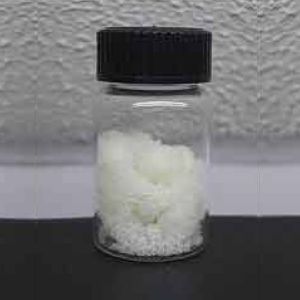 CAS No.: 1313-59-3
Sodium Oxide is a significant component of glasses and windows although it is added in the form of "soda" (sodium carbonate). Sodium oxide does not explicitly exist in glasses, since glasses are complex cross-linked polymers. Typically, manufactured glass contains around 15% sodium oxide, 70% silica (silicon dioxide) and 9% lime (calcium oxide). The sodium carbonate "soda" serves as a flux to lower the temperature at which the silica melts. Soda glass has a much lower melting temperature than pure silica, and has slightly higher elasticity. These changes arise because the silicon dioxide and soda react to form sodium silicates of the general formula Na2[SiO2]x[SiO3]. Na2CO3 → Na2O + CO2Na2O + SiO2 → Na2SiO3 CAS No.: 1344-09-8
Sodium Silicate is the common name for a compound sodium metasilicate, Na2SiO3, also known as water glass or liquid glass. It is available in aqueous solution and in solid form and is used in cements, passive fire protection, refractories, textile and lumber processing, and automobiles. Sodium carbonate and silicon dioxide react when molten to form sodium silicate and carbon dioxide The thiosulfate anion is tetrahedral in shape and is notionally derived by replacing one of the oxygen atoms by a sulfur atom in a sulfate anion. The S-S distance indicates a single bond, implying that the sulfur bears significant negative charge and the S-O interactions have more double bond character. The first protonation of thiosulfate occurs at sulfur. 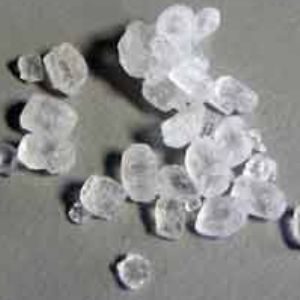 CAS No.: 7758-29-4
With the help of our hardworking professionals, we have been able to offer a range of Sodium Tri Poly Phosphate. These are sourced from reliable vendors who are known for their quality assured products. The products we offer are extensively used in preparing detergents and as a preservative for varied seafoods, animal feeds, meats and poultry. Due to accurate composition and supreme quality, our offered sodium tri poly phosphate is widely applauded by the clients.