CAS No.: 3094-87-9
Iron(II) acetate or Ferrous Acetate is an off-white or light brown solid ionic compound of iron. It is highly soluble in water and it forms a light green tetrahydrate. Iron(II) acetate is manufactured from scrap iron and acetic acid, and it is used as a mordant by the dye industry.

It can also be made by the reaction of ferrous oxide or ferrous hydroxide with concentratedacetic acid. 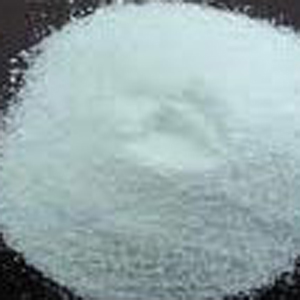 CAS No.: 23383-11-1
Ferrous Citrate, or iron(II) citrate, is a chemical compound consisting of one atom of iron (Fe2+) and two citrate anions. It has the chemical formula FeC6H6O7.

Iron(II) becomes less soluble at PH>7. Citrate is a chelating agent, which results in an easily soluble complex. It is a common nutritional supplement against iron deficiency. 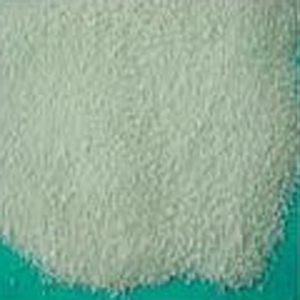 Ferrous Carbonate is a mineral composed of iron carbonate FeCO3. It takes its name from the Greek word σ δηρος sideros, “iron”. It is a valuable iron mineral, since it is 48% iron and contains no sulfur or phosphorus. Both magnesium and manganese commonly substitute for the iron. Siderite has Mohs hardness of 3.75-4.25, a specific gravity of 3.96, a white streak and avitreous lustre or pearly luster. Its crystals belong to the hexagonal system, and are rhombohedral in shape, typically with curved and striated faces. It also occurs in masses. Color ranges from yellow to dark brown or black, the latter being due to the presence of manganese (sometimes called manganosiderite). 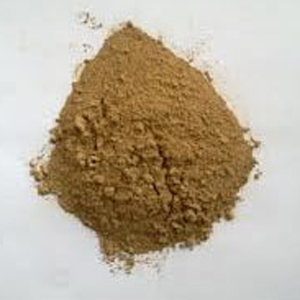 CAS No.: 7758-94-3
Ferrous Chloride has a variety of niche applications, but the related compounds ferrous sulfate and ferric chloride enjoy more applications. Aside from use in the laboratory synthesis of iron complexes, ferrous chloride serves as a reducing flocculating agent in wastewater treatment, especially for wastes containing chromate. It is the precursor to hydrated iron(III) oxides that are magnetic pigments. Ferrous chloride is employed as a reducing agent in many organic synthesis reactions. 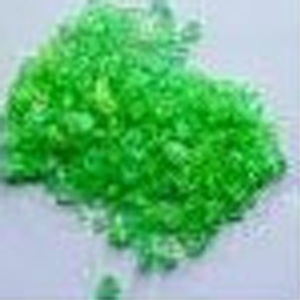 CAS No.: 299-29-6
Ferrous Gluconate is effectively used in the treatment of hypochromic anemia. The use of this compound compared with other iron preparations results in satisfactory reticulocyteresponses, a high percentage utilization of iron, and daily increase in hemoglobin that a normal level occurs in a reasonably short time. Ferrous gluconate is also used as a food additive when processing black olives. It imparts a uniform jet black colour to the olives. 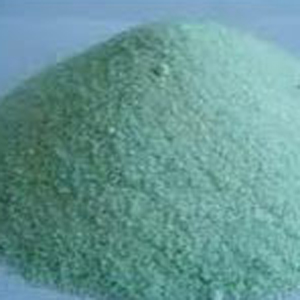 CAS No.: 18624-44-7
Anions such as selenite and selenate can be easily adsorbed on the positively charged surface of iron(II) hydroxide where they are subsequently reduced by Fe2+. The resulting products are poorly soluble (Se0, FeSe, or FeSe2).

Iron(II) hydroxide has also been investigated as an agent for the removal of toxic selenate and selenite ions from water systems such as wetlands. The iron(II) hydroxide reduces these ions to elemental selenium, which is insoluble in water and precipitates out.[3] 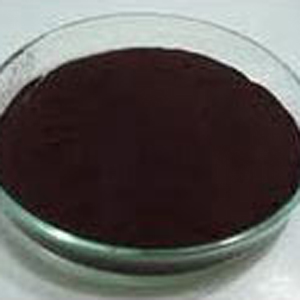 Iron(II) oxide, also known as Ferrous Oxide or informally as iron monoxide, is one of the iron oxides. It is a black-colored powder with the chemical formula FeO. It consists of the chemical element iron in the oxidation state of 2 bonded to oxygen. Its mineral fbe used more loosely for a non-stoichiometric compound as the ratio of the elements iron and oxygen can vary; samples are typically iron deficient with compositions ranging from Fe0.84O to Fe0.95O. 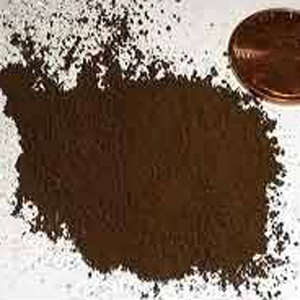 CAS No.: 7720-78-7
Industrially, Ferrous Sulphate is mainly used as a precursor to other iron compounds. It is areducing agent, mostly for the reduction of chromate in cement. Iron(II) sulfate (Br.E. iron(II) sulphate) or ferrous sulfate is the chemical compoundwith the formula FeSO4. It is used medically to treat iron deficiency, and also for industrial applications. Known since ancient times as copperas and as green vitriol, the blue-green heptahydrate is the most common form of this material. All iron sulfates dissolve in water to give the same aquo complex [Fe(H2O)6]2+, which has octahedral molecular geometry and is paramagnetic. 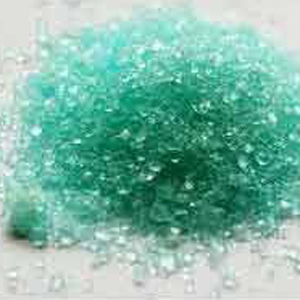